Today, during my third day in Hong Kong, a thought crossed my mind. It’s something I hadn’t noticed before here, or at least not consciously. I am talking about the omnipresence of visual structures in this city. Of course there is more to HK than structures – there’s monkeys, butterflies, birds, and even poisonous snakes (according to a website that I consulted in preparation for my trip…). And there’s people too, of course, and quite a few of them. But structures seem to dominate the scene everywhere you look, especially when viewing the components of the city from a certain distance. Here’s a first example:

That’s a pretty obvious one, isn’t it? At first sight, it might seem almost too simple and straightforward. But there are two elements in this image which don’t fall into the category of vertical concrete, stone, mortar, steel, glass and what not. There is a horizon with a piece of sky (albeit a tiny one), and there is the sea, a body of water in the background (even if, through the haze, it rather looks like mercury). And they both seem to challenge the predominance of the ‘man-made’, sky-scraping structures on Kowloon peninsula in the foreground, and of Hong Kong Island behind it. (And I don’t even want to know what psychoanalysis would have to say about the hidden meaning of these high-rise structures…)

I have had other views these days which were less straightforward, but no less graphical. See for yourselves! 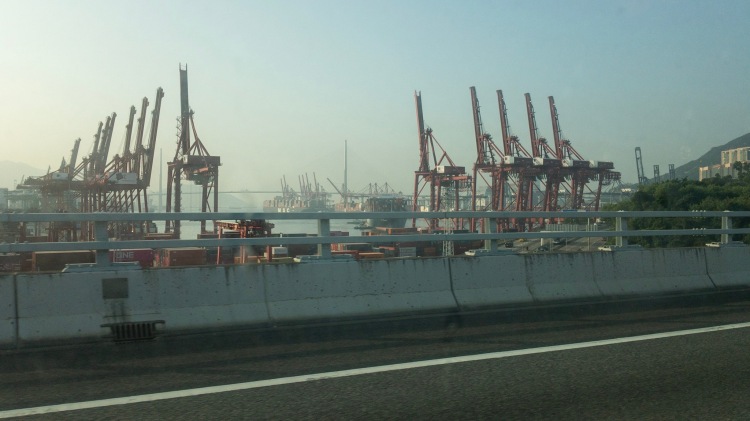 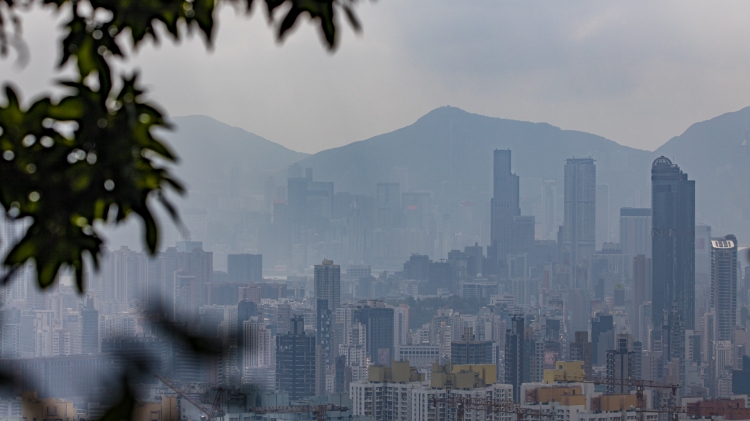 Almost everywhere you look, there is something green and natural, there is proper landscape! Mostly just as a backdrop, like a painted curtain framing a theatre stage. But if you leave the streets at bottom level and make your way up into the leafy hills (as I have done several times already), there is more of a balance between the artificial and the organic. I find this close relationship absolutely intriguing, and it is one of the things that really fascinate me about this city.

Speaking of the natural – here too, structures are visible everywhere. And beautiful. 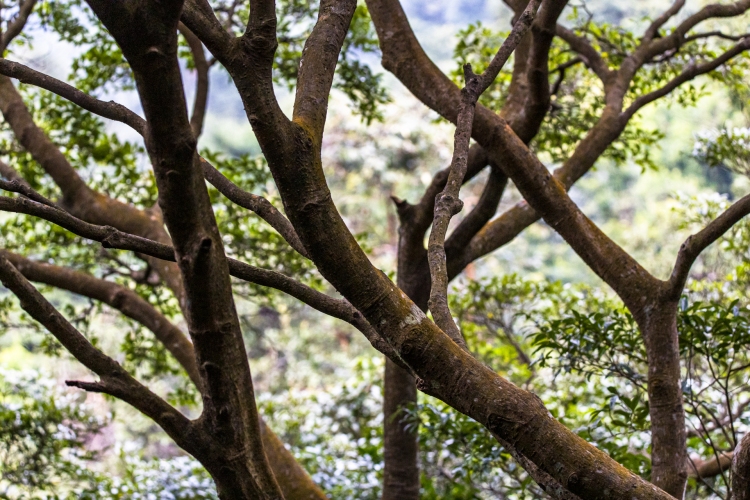 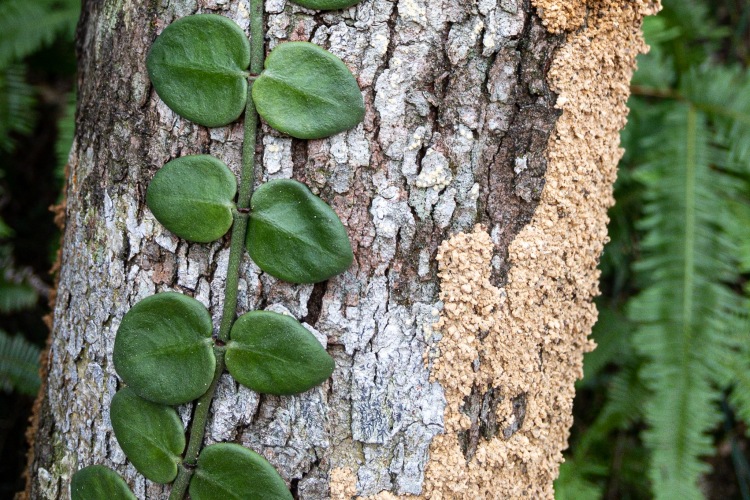 By the way, the above pictures were taken during my second visit to Kam Shan Country Park today, a.k.a. Monkey Hill…

I guess Mother Nature wins the prize for creativity and originality! But in my view, this isn’t a competition. It’s a juxtaposition of two different phenomena, and together they make up more than merely the sum of their parts.

Let me finish with a photo from yesterday evening. I took it from ‘Garden Hill’ right behind my hostel around 5.30 pm, and I guess it supports my argument. I had mounted my tele lens onto my camera in order to photograph some birds. No birds in the end, sadly, but a glorious sunset instead. I guess I can’t complain!

Geographer, naturalist and photographer (www.schroeder-esch.de). Based in Germany, but always keen to travel and explore View more posts